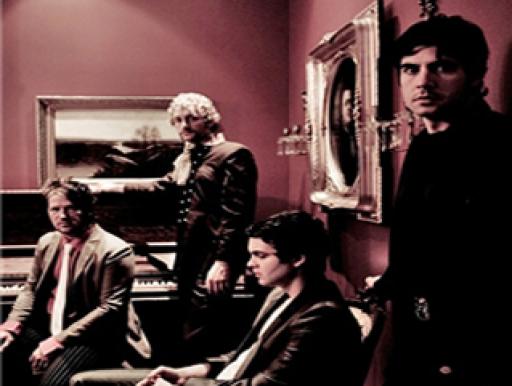 Soular began in 2002, when Jared Ashcraft (bass) and Marsh (keys and vocals) began their musical collaboration. Not too much longer after that, they added drummer Ian Byrd and released their first album, Time and Space, which appeared on the CMJ 200 chart for more than two months in 2005. Around this time, guitarist Brian Lee joined the band, and Soular was complete. The four individuals’ styles instantly meshed; Marsh says he knew they would be able to create music together after playing with them only once. Their sound, which has been described as “epoch rock”, drinks from the waters of the Beatles, Radiohead, U2, Queen, and Led Zeppelin, but maintains complete originality. These influences taught them to love music and instruments, a passion that is obvious when you hear them play. In constructing their new album, Love Crash Heal, you will hear a Moog synth, a Theremin, and even a wall of amps, among other devices. Marsh, Jared, Ian, and Brian share a taste for old, timeless instruments. This blend of old and new defines what Soular’s sound really is: modern melodies with interesting beats, but huge arrangements that draw from a classical vein.

With their new release, Love Crash Heal, Soular wanted to build off of their EP, Waiting for Tomorrow, which was written in roughly two weeks and came out very naturally. The band wanted to keep the EP’s organic atmosphere and the improvised studio moments, but polish the rough spots, and so they emerged with Love Crash Heal, an album that the Albuquerque Journal calls “a lyrically emotional, romantic record that bounces between darker and lighter relationship issues and threads the idea that it’s human nature to soar, fall, and recover in order to grow.”

These particular themes of relationships, being human, and sociology are observations made by the band while being on the road, experiences they had, and the way they view the world. Considering these elements, Love Crash Heal could have been pretty dark, but because of the lyrics, beats, beauty, and ease with which the album is sung, it comes off almost hopeful.

As one UK reviewer noted, “Soular uses music as the spiritual gift it was intended to be.” 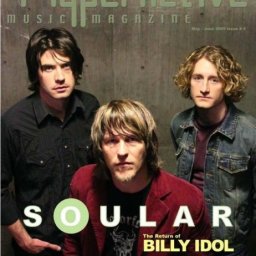 So This Is The Way It Feels