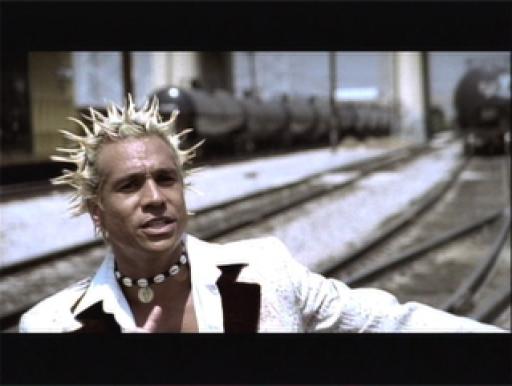 If Andre 3000 and Eminem had a Hip-Hop Superbaby, it would be KALEO FUTURISTO. KALEO is an incredibly unique artist with an equally incredible look, sound and message. He is one of those rare artistic mavericks who can alter the landscape of the music industry. He is an extraordinarily talented individual who blends product and purpose to produce a unique and eclectic musical creation that is primed to explode upon the world! KALEO FUTURISTO, simply put, has that intangible "IT" quality that defines a SUPERSTAR.

KALEO's fascinating life began in the culturally diverse and musically rich city of Pasadena, California but, his upbringing was anything but rose colored. He was born to an unwed European-American mother and a Hawaiian-Spanish-Puerto Rican father who left the family before KALEO was born which forced his mother to fend for her family on her own. Although KALEO's mother provided more than enough love and spiritual support for her children, she struggled financially to provide for her kids, later to be placed on welfare. She sacrificed her own well-being for her children as much as humanly possible but, still, KALEO's early years were filled with hand-me-down clothes, watered down milk, and old rewrapped toys for Christmas. This would be a tough beginning on its own but, this was just the start of KALEO FUTURISTO's trying experiences.

At the age of 5, KALEO almost died when he had a horrific accident, falling head first from a three story structure, suffering various head injuries and two broken arms. Although an extremely traumatizing experience, his amazingly quick recovery would exemplify the mental, physical and spiritual strength that would come to define this amazing musicians artistic abilities.

Perhaps the most challenging and difficult times for KALEO, dealt with his mothers clinical illness known as Compulsive Hoarders Disorder. KALEO's home was virtually filled to capacity with everything from old newspapers, and broken furniture, to cardboard boxes, and empty bottles and cans. Young KALEO was punished if he ever attempted to remove anything from the maze of belongs which his mother had compiled. Because of this abnormal situation, no one, not even his closest friends were ever allowed into his home. Teased and embarrassed because of his families dilapidated car and home, KALEO's already difficult situation soon reached its height.

The gas in KALEO's home was shut off. In order for them to turn it back on, the gas company had to enter the residence. Fearing that her children would be taken from her if the authorities saw the conditions within the house, she refused to allow them in. For the next thirteen years, KALEO was without heat in the home; having to endure cold winter months huddled in nothing but blankets. And when he wanted to do something as simple as taking a shower, he was forced to take a pot of water, boil it on a hot plate, and bathe in the tub. Life was anything but smooth sailing for this AMAZINGLY MAGNETIC artist but, these experiences are what he says have made him the STRONG, CONFIDENT, and FOCUSED individual that he is today. These times are what he actually attributes his present-day musical SUCCESS and COURAGE to, as well as his light-hearted, fun-loving and fully accepting approach to life.

KALEO FUTURISTO's life has been filled with challenges but, he has always seemed to rise above all of the possible stumbling blocks and has created a quarry of positive stepping stones along the way. His upbringing in the racially mixed city of Pasadena, his attendance at a predominately African-American high school, and his later work as a teacher in the Pasadena Unified School District have given KALEO's MUSIC and SPIRIT a CHERISHED, UNIQUE and ADVANTAGEOUS perspective on all people, cultures, and viewpoints that he has been blessed enough to live with, teach and grow up with. This diverse upbringing is what Kaleo attributes his ECLECTIC musical and artistic styles to.

KALEO has always been described as a JOYFUL, INTELLIGENT and TALENTED child, and has always delved into all things with a fiery PASSION. As a young musician, Kaleo was recognized with All-City Music Honors in Pasadena for his musicianship. As a young artist, he received full-ride scholarships to art schools for his visual art. As a scholar, he earned a Bachelors Degree from the well respected University of California, Los Angeles(UCLA), and even as an athlete at the university, he EXCELLED and conquered great odds. After playing virtually no organized football for his whole life, he tried out for the UCLA Football team, and guess what? He surprised everyone as a walk-on and made the national powerhouse team.

Now, after everything that KALEO has been through, achieved, experienced and ACCOMPLISHED, he is poised and ready to take the world by storm. Not only because he wants to but, because he feels that he has to. KALEO says, "that the POWERFULLY UNIFYING message that is being conveyed through our music is something that is necessary for our world to hear, and I feel that I am one of the voices that need to bring that message to the people." KALEO FUTURISTO is the vehicle that will usher in this new, raw, and profoundly positive energy unto the world.

KALEO, in the Hawaiian language means, "THE VOICE, THE MUSIC, AND THE SONG." Named by his late, SPIRITUALLY RICH TuTu(grandmother), KALEO FUTURISTO has been destined to achieve his goals and to see his TRUE PURPOSE come to fruition.

BECAUSE "THE FUTURE IS NOW!!!" 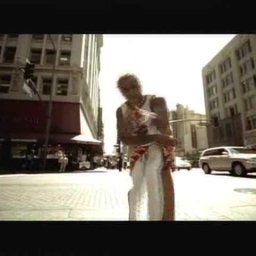