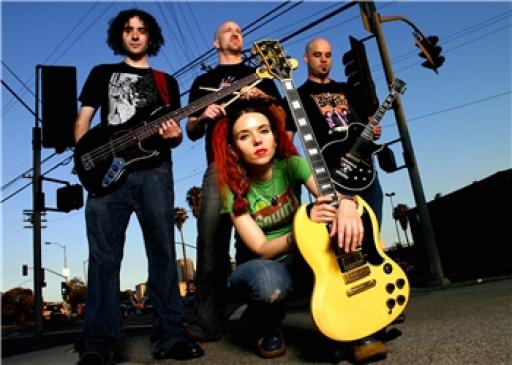 Forged in the storied Wicker Park section of Chicago by vocalist Juliette Tworsey and guitarist Jules Shapiro, Fire Bug began cutting their musical teeth in and around local Chicago venues such as Subterranean and Double Door before making their way out to Los Angeles. Since arriving in Los Angeles, Fire Bug has become a part of the essential club scene sharing the stage with such artists as Nina Hagen, and Donita Sparks (L7) to even an unplugged set with Tom Morello (Audio Slave, RATM). The band has also received high praise from various publications such as Time Out NY and LA Weekly. Through their exposure to over 100,000 MySpace fans, their 30,000+ fan base tends to compare the Fire Bug sound to that of a new millennium version of 70's rock, with each song being stamped with their own unique signature. Juliette's voice is quirky yet distinct. Her vocals are a well-trained combination of high and low, slow and fast. Delicately gentle one moment and fiercely aggressive the next. Jules plays a guitar evocative of the Delta Blues with occasionally bizarre chord progressions and a touch of hard rock thrown in for good measure. Taken independently, there are songs in the band's repertoire, which could be classified as indie, blues, and even psychedelic. In the final analysis, Fire Bug is out to establish a new game and people want to hear what all the noise is about. In so doing, the band was invited to perform a showcase at this year's 2007 New Music West Conference in Vancouver BC, the largest held west coast music conference in North America, as well as performing at this year's 2007 CMJ in NYC. Fire Bug also has toured the UK 2 times this year, including headlining a sold out outdoor music festival for two nights in Exeter UK! plus having charted in the top 5 most viewed EPK at Sonicbids! Winner of the New Music Video Awards 2007 and voted best DIY songwriters of 2006. 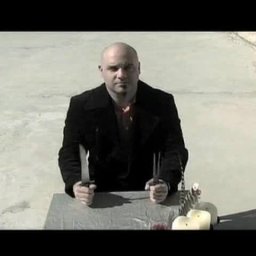