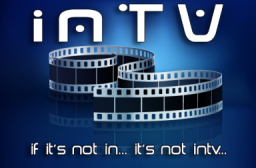 Indie Network TV has launched it's digital channel containing the industries best programming created by media professionals and viewed online throughout the world via the internet.

Designed for the viewer on the go. Watch while on a break or when you only have a few minutes to kill.

Programming will include music videos by some of the best independent artists the world has to offer, comedy skits, stand-up comedy events, extreme sport events, reality shows, game shows, Independent films, and much more.

If it's independently produced, it's on the Indie Network.

Content owners can upload their submissions for viewers to vote on. The shows with the most views, votes, and internet presence, will advance to Pilot status. "Pilots" are rated in the same way as "Submissions"; with the highest scoring shows advancing to Primetime. Episodes in Primetime will receive a season contract and funding by intv. Primetime programs will qualify for additional season commitments based on popularity.

Independent bands are encouraged to enter their music videos into Indie Network TV's production "The Rotation". 9 Artists will advance to The Rotation Award Show where one Artist will walk away with the title of "Best Artist" and $10,000. The show will be aired in it's entirety on intv. Bands without videos can still enter their music online for a chance to be chosen as a wildcard for the event. Advancement will be based on views, voting, and marketability.