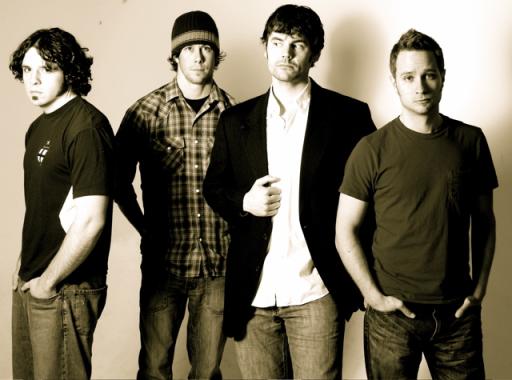 If you have Montana roots, you’ve no doubt heard of this energetic, driven, four-piece, inspired by the soft, sensitive songwriting style of John Mayer; the solid, funky, quirkiness of the Red Hot Chili Peppers; and the in-your-face, loud-and-proud proclamations made famous by country stars, Big & Rich. Their sound is diverse but focused in a way that you can only call The Clintons.

If you live life outside the boundaries, like to discover music instead of having it force-fed to you by a huge media conglomerate, or prefer to drive a rust-colored ’81 Chevy Chevette just because you know nobody else has one, then you might be qualified to become the newest Clintons fan. The band has put a few miles on the old van, that's for sure. They've managed to share the stage with Dierks Bentley, Keith Anderson, Blackhawk, Kentucky Headhunters, Shawn Mullins, The Young Dubliners, Unwritten Law and even Barenaked Ladies. A Clintons live show is a melting pot of shenanigans, socks being rocked off, and 100% Montana-approved abidition. You could be a 90-year-old woman with a titanium hip or a pre-pubescent boy from Kalamazoo and still get a musical kick in the pants by the group’s live antics. Lead vocalist John McLellan’s completely random banter is as amusing as it is pointless, and percussionist Josh “THE DAWG” Keehr can’t stand still to save his life. Like a chimpanzee, Josh is always looking for something to climb, jump off of, stand on, or drink (any type of beer will do). With five albums worth of their own material to choose from, they have no problem packing each and every live show with a solid collection of fan favorites, lesser known album cuts, and the occasional Clinton-ized cover song.


The band jokingly refers to their fifth album, Not Fighters, as their debut. After several lineup changes since their inception in late 1999, The Clintons finally feel like they’ve hit their creative stride. When bassist A.J. “The Hammer” Miller hopped on board in the summer of ’06, the band’s seven-year search for the perfect lineup was finally complete. Now, confident, inspired, and rejuvenated, the group ensures fans that the cohesive and innovative Not Fighters is going to be the first of many projects to reap the bennies of the newest form of the Clintons. With this newfound power, they hope to convert unsuspecting future fans from around the world with the band’s growing Internet following.