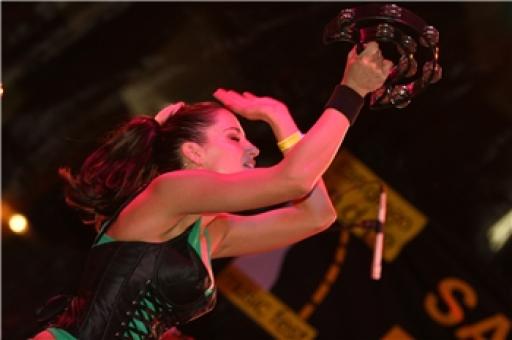 The essential components needed to construct a versatile, energetic and attention-commanding rock package include hook-laden original compositions, masterful musicianship, a powerful stage presence, and the ability to captivate listeners from across the globe. Fortunately, for Los Angeles-based Misty & The Sneaker Junkies, they've already got the aforementioned aspects down to a fine science. But for frontwoman Misty Gonzales, her dream to front this ultimate rock band almost wasn't a reality.

Gonzales, a native Coloradoan, ditched her mile-high hometown for the coastal climes of Southern California to fulfill her music career as a vocalist. But after landing her first deal as an R&B recording artist, Gonzales had second thoughts about spending the rest of her budding career standing behind a microphone with headphones strapped to her head, in the dark confines of a soundproofed vocal booth. The mere thought of not performing with a live band on a stage in front of an energetic fanbase was hardly the fulfillment Gonzales sought, so she began to look elsewhere — including into her past for her future's inspiration.

Have You Been Here Before