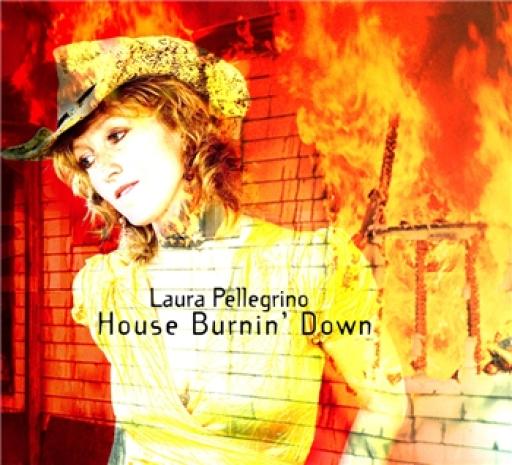 Laura Pellegrino has been playing music professionally for over 10 years and in so many cities, it boggles the mind to merely contemplate her credit report. After graduating from the University of Texas at Austin, Laura spent 4 years in that music-loving city playing live 5 and 6 nights a week before coming and going to such far-flung places as L.A., New Orleans, Paris, Baltimore, and most currently Buenos Aires, Argentina. Though not a native Austinite, (who really is anymore?) she will tell you it is the town that truly gave her life for it was the town where she cut her teeth, playing full-time in all of its most prestigious clubs, (La Zona Rosa, Continental Club, and Antone's Home of the Blues, to name just a few) alongside many of its most well-known players. Among them were past, present, and future members of Poi Dog Pondering, Burning Spear, Mojo Nixon, Asleep at the Wheel, Janet Jackson's band, Bob Schneider's band, Big Head Todd and the Monsters, Marcia Ball Band, Ugly Americans, Ian McLagin's Bump Band and the Scabs. Two consecutive years she was invited to play the prestigious SXSW music conference. She has had the opportunity to sing alongside the Double Trouble Rhythm section, Doyle Bramhall Junior, Bones Malone (Aretha Franklin and Blues Brothers) and Keb Mo'. Encompassing a scene ripe with Blues, Rock, Rockabilly, Country, Soul, Punk and Funk, the Austin music scene conspired to instill in Laura a strong affinity towards roots-based music, quality songwriting, screaming guitar, XXX salsa, Tex-Mex and Tx. barbecue. And although Laura's songwriting is uniquely her own, and not entirely the domain of Austin, Tx. it is inherently infused with much of the same sensibilities. Currently Laura is making her home in Buenos Aries, Argentina where she also obsessively dances Argentine Tango (Really!).

Love On A Razors Edge