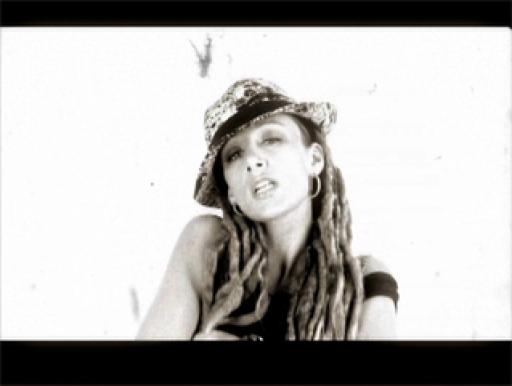 Empire ISIS Radio stats:
Mediabase - Get up on it, on the top 1000 most played songs in the US for 3 months.
CMJ - Get up on it, played from coast to coast in Canada and the US. In Canada it went number 1 in Toronto for 3 straight weeks.

Empire ISIS bio:
Half British half Moroccan but raised by a Ugandan stepfather who adopted her - Empire ISIS, grew up in different places such as: Canada, the UK and Morocco. At the age 16, ISIS set off for South and Central America, bicycling through 7 countries from Panama to Mexico. Her adventures in Latin America ignited the spark that would forever change her. However, it was only until she went to the rolling hills of Jamaica that she truly found herself. While filming a documentary about the BoBo Shanti (an isolated group of strict Rastafarians) in the hills of Jamaica that gave birth to conscious dancehall pioneer, (Sizzla) she realized being on stage and singing reggae was her calling. It was on this trip that ISIS first encountered foundation artists such as Chinna Smith and Dean Frazer who schooled her on the history and making of reggae music. ISIS put aside her camera, and picked up the mic. She set out on her most challenging journey: making conscious urban music for the masses. In sum, Empire ISIS brings a militant, passionate, and high energy type of reggae music which can be appreciated by all. From her unique look to her blazing lyrics, ISIS is a true provocateur challenging peoples perceptions, stereotypes and common modes of thinking. Ultimately, ISIS says, "I want to inspire people to follow their dreams, to do what theyâ€™re here on earth for".

Her first studio effort, â€œSound the Trumpetsâ€, was recorded between New York and Tuff Gong Studios, Penthouse, & King Of Kings in Jamaica. Produced by Prayon from G-unit , Overstand, and Flava, ISIS has painstakingly developed her sound and image while maintaining ownership of all her songs under her brothers record label Monumental Records. In addition, the album features two roots reggae stars Turbulence and Sizzla Kalonji.

ISIS has performed before thousands across North America - opening for acts such as Capleton, Bounty Killa, Elephant Man, Gyptian, Sizzla and many more.

Get Up On It