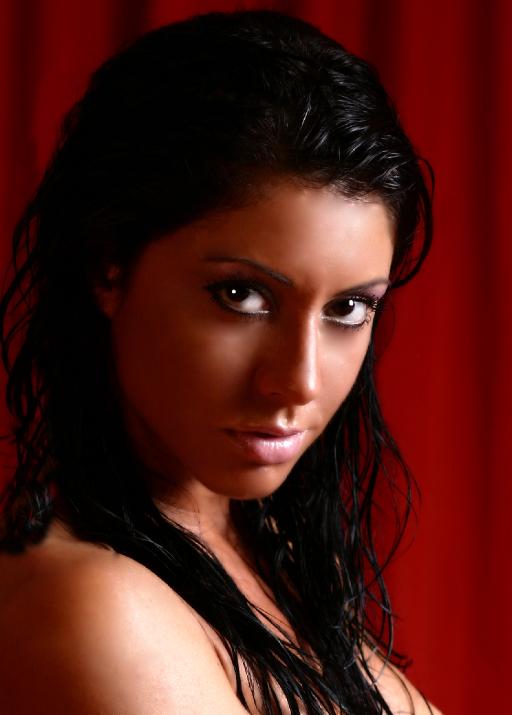 The Pulse says: "This month featured a one time Pulse model turned mega star. Danah whose lyrics are intelligent and deliberate yet her fresh beats place your mind into a trance like a stolen kiss on a play ground long ago.” (April, 2007)

As far back as Danah could remember she had always wanted to be a singer. Born and raised in New York, Danah would first have to overcome the hardships of growing up in her home which was confusing, frightening and almost impossible to concentrate on anything but surviving.
Danah's teenage years were consumed by modeling and acting auditions. Her most recent endeavor landed Danah the lead in the independent film, "Secrets." Although an accomplished model and actor Danah’s passion for music would always remain her first true love. Often waking from dreams with melodies in her head.
Danah’s most recent album, “Skin” came to life when a chance encounter, with producer/composer Andrew Henriques at a MTV open audition, brought forth a productive collaboration that inspired Danah to develop her passion into intimate soulful lyrics.
Influence from performers such as Tori Amos, Mariah Carey, Stevie Nicks, Madonna, Gwen Stafani and Reina fueled her creative endeavors. Earlier in life there were the divas, Barbara Streisand, Diana Ross and Donna Summer's that helped generate the determination it requires becoming a successful singer.
With nearly 1,000,000 views, 13,000 fans and over 650,000 plays on MySpace from around the world, Danah is no longer just a well-known local fixture. As word about her seductive sound continues to spread, radio stations from New York to Australia add gems from her début album “Skin” to their play lists.

Ultimately Danah wants to make others happy. If there is one thing she has learned is that life is truly what you make it. Follow your heart, never give up on your dreams, and be true to yourself.

The Best Is Yet To Come