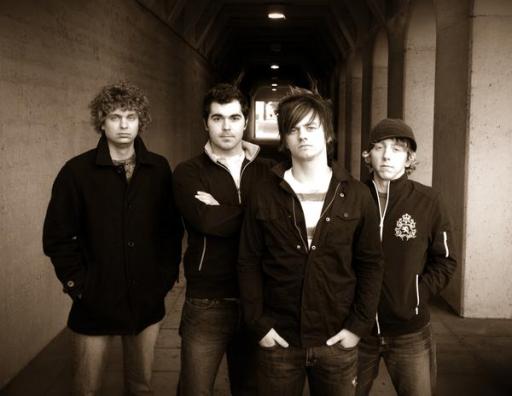 With a rare combination of spiritual depth and high energy performances, Candlefuse simply rocks. Based in North Alabama, the band includes Ben Honeycutt (vocals, guitar, keys), JW Woodward (bass), and Ben Bugna (drums). Candlefuse began playing together in 1999 and chose their name from Matthew 5:14 and Psalm 133:1, reflecting their desire to be unified as a light in a dark world.

For the past few years, the band has been traveling across the southeast, performing at churches and venues of all sizes. Their mature songwriting and unique alternative rock sound have landed them slots opening for national artists like Kutless, Disciple, and BarlowGirl. Candlefuse has also been featured on Steelroots TV. The band’s success caught the attention of Dove Award winning producer Barry Blair (Bleach, Poor Man’s Riches) who produced their new album, “Never Go Unheard.” Recently, Candlefuse was selected as a winner of the Hearitfirst.com Indiescovery contest, gaining national exposure and landing a performance slot at Creationfest NW 2006. Their music has also been featured on TNA Wrestling. Even with accomplishments like these, the band remains humble and intentional in their ministry. Lead singer, Ben Honeycutt, says, “Our focus remains on Christ 100%. Our mission is simply to let people know about Him-- to let them know how lost we are without a Savior.”

Candlefuse’s full-length debut album, “Never Go Unheard,” features 9 original rock songs and a new version of the popular worship song “Hungry.” The record exposes the heart of the band – to boldly share the love of Jesus Christ. With aggressive guitar hooks and commanding vocals, songs like “Fighter” and “Echoes of Words” communicate that Candlefuse is not timid about sharing their faith. Themes of repentance, forgiveness, and finding contentment in Christ also permeate the album. The cd was released in October 2006 through INFINITY/Central South Distribution. Radio embraced their singles “Hungry” and "Echoes of Words" and the band is currently touring nationwide. With powerful songs and dynamic live performances, Candlefuse hopes that their music will change the lives of those who listen.