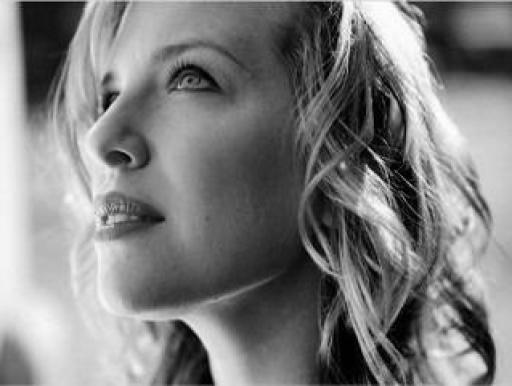 Seattle based singer-songwriter Andrea Wittgens is the freshest original new voice on the scene in years. Combining sultry, engaging vocals (Rickie Lee Jones meets Fiona Apple) with original songs that are both hypnotic and exuberant, and always showing immaculately appropriate musicality with clever yet disarmingly honest lyrics, she has been holding audiences in rapture throughout the Northwest.

Originally from small-town Antigonish (pronounced anna-ga-'nish), Nova Scotia, Andrea's earliest stage experiences were tap dancing as a precocious four year old, then twirling in pink tutus at the local ballet school, as well as atop (several) telephone books at piano recitals. Eventually outgrowing the telephone books (and hanging up her size 2 taps), she continued with both classical piano lessons and dance classes, which combined to form a deep physical connection to music which carries forth through today. Continuing with piano through high school, Andrea eventually spent several years teaching music, dance and movement, while refining her chops playing keys and singing in the high school jazz band. She continued with advanced classical music studies, graduating as a dual major (French and Music) at Queen's University, Ontario.

Moving to Seattle in the mid-90's, Andrea began her pop writing career in earnest, playing late nights at raucous beer and joints bars in Pioneer Square, Seattle (with what was to be future members of Sugartown), while next morning slogging in bleary-eyed to her day gig programming interactive music at Microsoft. By 1999, Sugartown was more than an idea, and in 2000, they released Blue Eyed Fool. The EP stirred up a wave of notice in Seattle, despite being an earnest fun-pop outfit pushing against the considerable tide of flannel-shirted insouciance.

After the release of Sugartown's second LP, Aquamarine, the band hit the road, up and down the West Coast-- Seattle, Portland, Ashland, Eugene, San Francisco, and on to LA.

Finally, after 5 years, Sugartown seemed to have run its course, and rather than being the voice and face of a band, it was time for Andrea to shine as a solo artist.

Her new EP Alibi represents a convergence of the writing, singing and riveting stage presence that mark Andrea Wittgens' arrival as a singer/songwriter of the highest order. At this point she is poised on the verge of national attention.

Since coming to Seattle, WA, Andrea has generated a solid regional following. Her success includes airplay on several local radio stations including 103.7 "The Mountain" KMTT, KEXP, KUOW and more. She is a favorite at top Seattle area nightclubs like Nectar, The Tractor Tavern, The Crocodile Cafe, Sunset Tavern and ToST. She has played to packed houses in Manhattan at The Living Room and Rockwood Music Hall and she recently opened for Grammy-winning artist Shawn Colvin Seattle at Seattle's historic Moore Theater.